Major: (it was) Business

What is your favorite balloon color? Toss-up between jewel magenta and jewel lime green.

What is the most interesting fact about your life? I can speak entire sentences in reverse phonetic order.  I also have a maize and blue car whose name is Bo.

Who is your favorite cartoon character?  Why? Marvin the Martian! I like the way he talks, and the fact that he can manufacture other Martians by planting a seed and pouring water on it. What a brilliant concept.

What is your favorite movie? As a movie buff, it is impossible to pick just one. But before I start making a list of my favorites, let me go on record: the best movie ever made was The Wizard of Oz.

What are your favorite TV/Netflix/Hulu series? I am not quite as passionate about TV as I am about movies. But a few of the programs I love watching are: The Daily Show with Jon Stewart (RIP), Six Feet Under, Comedy Central Roasts, Saturday Night Live, Dexter, The Sopranos, Intervention, Breaking Bad, Schitt's Creek, and—dare I say it—Survivor.  Yup, I've been watching Survivor since the very first episode in 2000.  I had the pleasure of meeting Yau-man from seasons 14 and 16 (he played twice) at a table tennis tournament in March 2007.

If you could spend 24 hours with any person alive or dead, whom would it be?  Why?   My Uncle Marty, who passed away unexpectedly in April 2005.  He was only 8 years older than I, and we were practically raised together.

What did you want to be when you were a kid? A veterinarian

Why I chose the University of Michigan:  My college choices as I neared the end of high school were UCLA, Michigan, or Michigan Tech.  Since I was a huge football fan, Jim Harbaugh (who was the quarterback for Michigan at the time) and Bo Schembechler both heavily influenced my decision to attend school here.  I arrived in Ann Arbor in 1988 and never looked back. 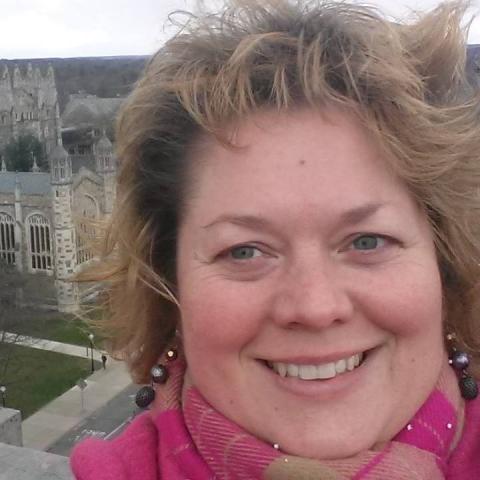